Posted on October 5, 2020 by stormdaysales

This was the craziest launch we have ever been a part of, it hadn’t snowed in a month, but we had a blast! SAVAGE!!

Posted on October 10, 2017 by stormdaysales
Posted in Uncategorized | Leave a comment

So excited to announce that we are now representing Yakima in Colorado and New Mexico! 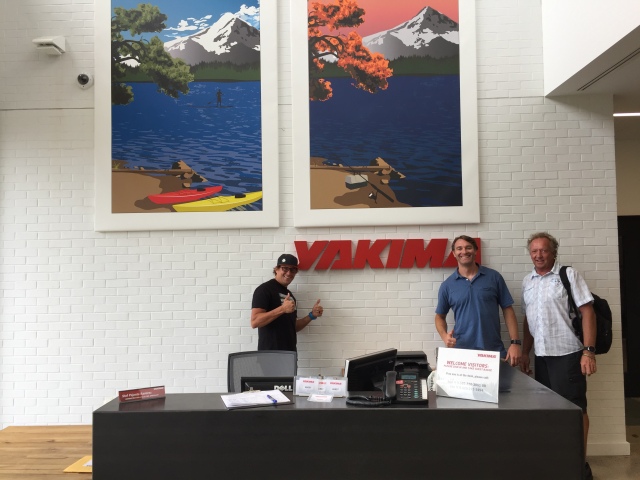 I hope everyone is having a great summer, hard to believe fall is just around the corner! We are extremely stoked to bring on Chris Briganti to join Pete and myself in sales for Storm Day. Chris is one of the most organized, gregarious and approachable guys I know and has done an unbelievable job in promo for Marker Dabello Volkl for the past 6 years, two of which out here for those brands. I used to have Chris’s job as well, and I feel that role really prepares you for the many facets that are required from a sales rep. Chris has demonstrating that his knowledge of the territory from both a promotional and sales side is uncanny despite being here only two years. His grasp of the product side of things is great as well, he has worn many hats for MDV, covering everything from race demos and set up for FIS athletes, to covering the Freeskier magazine buyers guides tests. Prior to working at MDV, Chris worked as a sales manager for Nestle, and came from a ski racing background in New England where he grew up outside of Boston (He is not a Yankees fan, FYI). We will be making the rounds with Chris immediately, introducing you to him if you don’t know him, and if you do, re-introducing him with a K2 hat on! Chris lives in Eagle Vail with his wife Carlie, and you will be seeing him all over the territory working, skiing, mountain biking or golfing! Enjoy the rest of your summer and we look forward to seeing you all shortly!

Congrats Riley! Check out Riley and Co’s first descent and write up on the Coomback 104! -Clem

When doing bigger missions there is always the question of what to bring and what not to bring. Of course you want to go as light as possible, but you also have to have gear that you feel confident in while descending. I have been using the K2 Coomback 104 all spring and I find it the best all-around ski for backcountry skiing. It is light enough that you can make good time in any skin track and also feel extremely confident on any descent, whether it be a fun powder run or an icy couloir. With a new line off of Capitol Peak, one of Colorado’s most prominent and notoriously difficult fourteeners in mind, having the right ski was essential.

We left the trailhead at 12:20 am and began skinning around 2 am. The moon was just popping out making the use of headlamps only necessary while in the trees. We made quick work of the skin track and were on top of Daly pass around 5 am. We clicked into our skis and traversed a steep, rocky section to the basin another section where we would transition back to skinning. This is where the Coomback really excels. It is torsionally stiff enough for the sketchy traverse, and with ample camber under foot you get great edge hold. As we made our way up to K2, a 13er next to Capitol, and the fun part of our climb, we were awarded with one of the best alpine sunrises I’ve ever seen. After five hours of skinning and bootpacking this is when you really start to realize how heavy your pack is or how heavy your ski setup is. Since I’ve been on the Coomback 104’s, I’ve never once wished I had lighter skis.

Once you get up to K2 is when the day really starts. We worked our way around K2 fairly easily with Jordan and I trading off bootpacking. This is when you get your first look at the knife edge and the fairly exposed 800 vertical feet left to climb. The hike along the ridge of Capitol is very exposed and definitely a place where you don’t want to mess up. With ice axe in hand and crampons on boots, we slowly worked our way up to the summit of Capitol.

On the way up the ridge we got a good look at the north face and the snow didn’t look all that great. The traverse into the heart of the face had melted out and looked incredibly sketchy, but the snow further down on the face really didn’t look all that bad. Not feeling very confident about our north face route, we looked at our west facing line and that looked even less appealing. We decided if we could find a solid anchor, we could potentially rappel past the gnar and get into the heart of the face. At 9am we found the big rock we were looking for and each rappelled 60 meters to extremely steep terrain. After some tense high 50 degree skiing/traversing we set up another rappel to get us to the heart of the face. 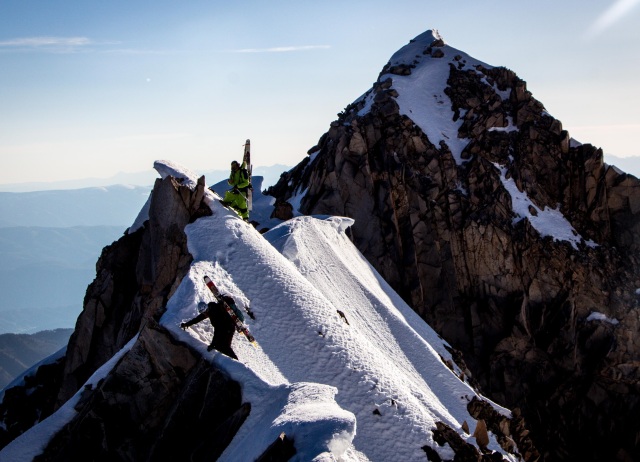 The snow on the face was hard but you could still get a solid edge. We were skiing over huge exposure so every turn was very calculated, slow and in control. This is another area where I find the Coomback 104 really excels. The tip and tail taper and rocker make it incredibly easy to initiate and release turns. After 1,500 feet of skiing, we made it down to the 400 foot cliff that separated us from safety. The final two rappels were by far the tensest moments of the day as we had rock and ice continuously falling down on us. We moved as efficiently as possible and eventually made it down to the apron at 1:30pm, where we all let out a huge sigh of relief. The mellow corn skiing that followed was a nice relief and very needed.

Looking back at the day from start to finish, the Coombacks served as a great backcountry ski while traversing, skinning and descending throughout the entire 17-hour epic.

This is a great and hilarious contest from K2! Get involved! Send your entries to skihab@k2skis.com!

Posted on September 4, 2014 by stormdaysales 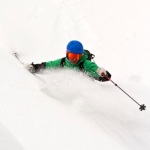 Hello Everyone! As of August 29th, myself and the Storm Day Sales Team are now the reps for K2 Alpine and Backcountry Access. Marc Lee and Associates is moving on after a great tenure with K2. We wish Marc the … Continue reading →

Stormday Sales is Moving to Colorado!

Posted on August 5, 2014 by stormdaysales

Its bittersweet to announce that we are moving from the Tahoe area and California. We have had a blast here living and working but new challenges are ahead as we move to the Vail Area of Colorado to represent K2 Skis! This is a huge privilege and honor to be working for such an iconic, American company. We are stoked at this new opportunity! See you soon Colorado!

WATCH THIS, an amazing, important story.